I started baking latkes over 10 years ago. I think I was one of the first people that would bake, and not fry them. Back in the day, anyone that heard I was doing it thought it was doomed to fail, but lo and behold it was a huge success and the baked latkes became a hit and to be honest, you won’t even feel these are inferior to the fried variety.
These latkes are a take on the original latkes that became a hit last Hanukkah and I wanted to tweak them, and these latkes were the result.
So tasty and highly recommended, it’ll be love at first bite. It’s truly remarkable that you can make something so tasty without any flour or eggs, only vegetables.

2. Finely dice the onion, put 2-3 Tbsp of oil in a pan and sauté the onion until golden. Coarsely grate the potatoes and add to the sweet potato along with the onion. Add salt and pepper and mix.

3. Preheat an oven to 180°C. Form balls and arrange nicely on a greased baking tray/parchment paper. Flatten each ball with the potato masher. Bake for around 30 minutes. Don’t try and flip until the bottoms are golden. Flip and bake on the other side for 10-15 minutes.

4. To fry: Form patties and flatten somewhat. Heat a pan with oil and fry on both sides until golden. Transfer to a plate lined with paper towel.

Good to know…
You can make these a day before and heat them in the oven before serving. Also great served at room temperature, wonderful for picnics.
Want to make Potato Latkes (Fritters)? Click here. Double the recipe. Trust me, they’re amazing. Want Baked Sweet Potato Latkes (Fritters)?Click here.
The batter cannot be made ahead of time. Work quickly because a lot of water will drain
A perfect sour cream dip for the latkes. 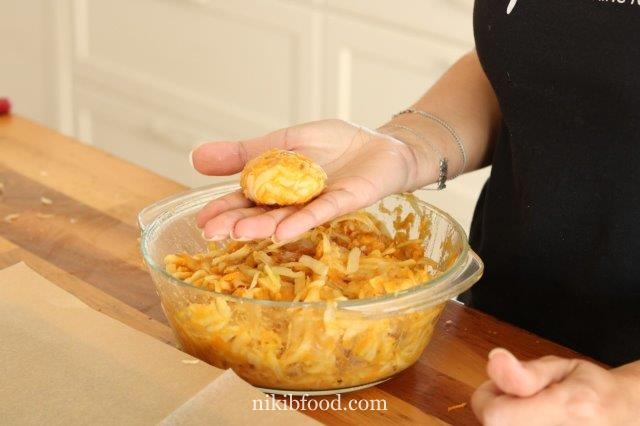 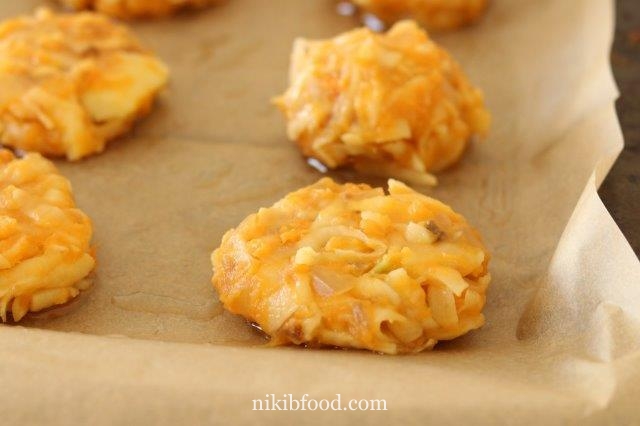 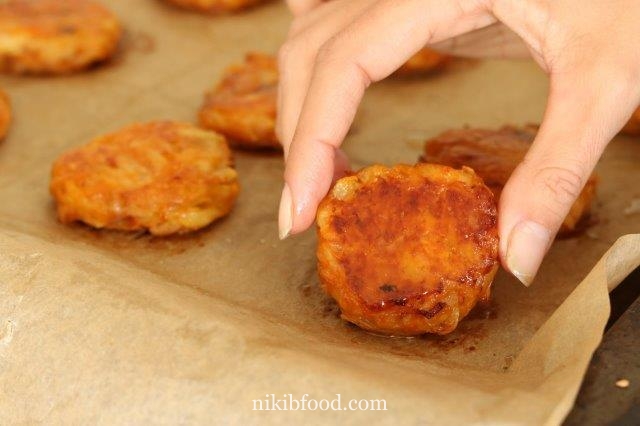 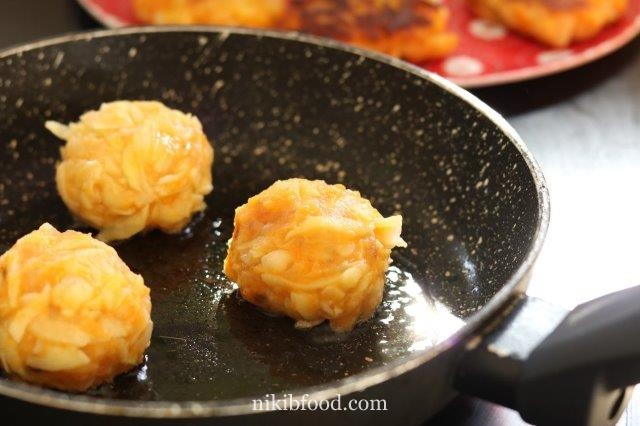 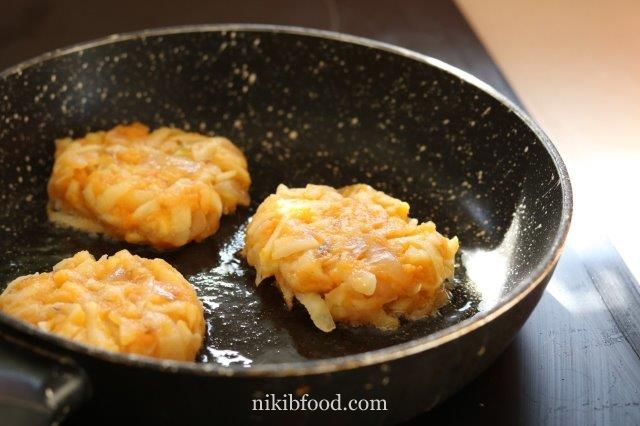 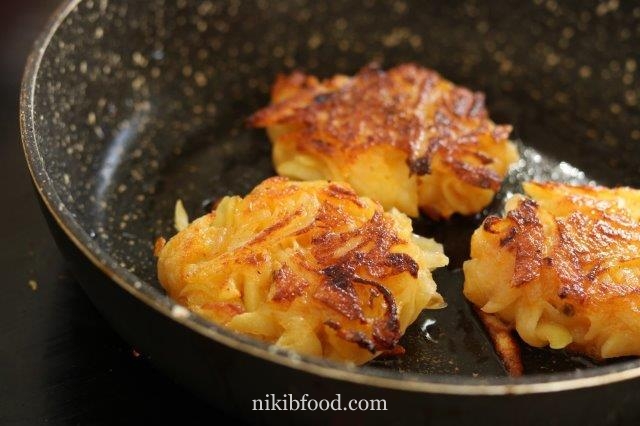 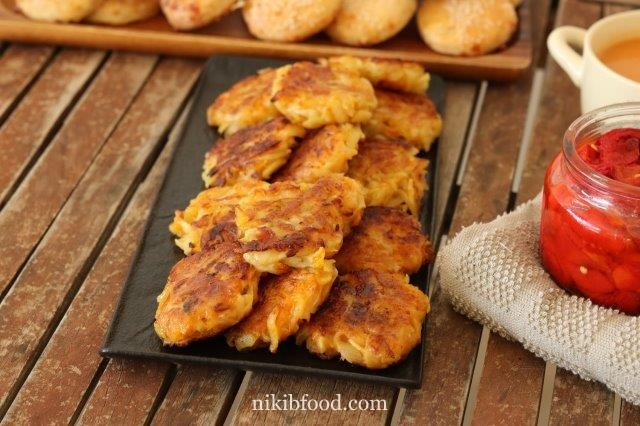