Does your family have a classic latke recipe? The kind that gets passed down through the generations – tender latkes on the inside with a nice crunch on the outside. Place a huge stack in the middle of the table as soon as they’re out of the frying pan. The first bite is always the best. Actually, so is the second…and the third…. These go quickly. That stack disappears fast! A simple and easy latke recipe that will soon become your family’s favorite.

1. Mix all the ingredients in a bowl, grab a small handful of the mixture and squeeze all the liquid out, then flatten into a pancake shape.

2. Heat a pan on medium heat, add enough oil to cover the entire bottom of the pan and then some.

*3. Fry the latkes until golden on both sides and place on absorbent kitchen paper.

Good to know…
These latkes aren’t suitable for baking. You can make them a day in advance. They’ll be less crispy but still very tasty. 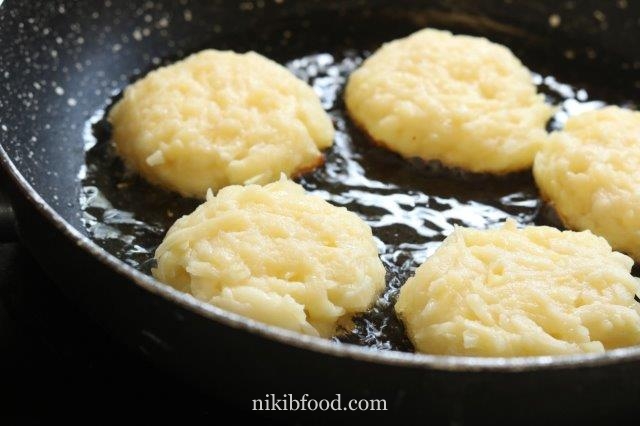 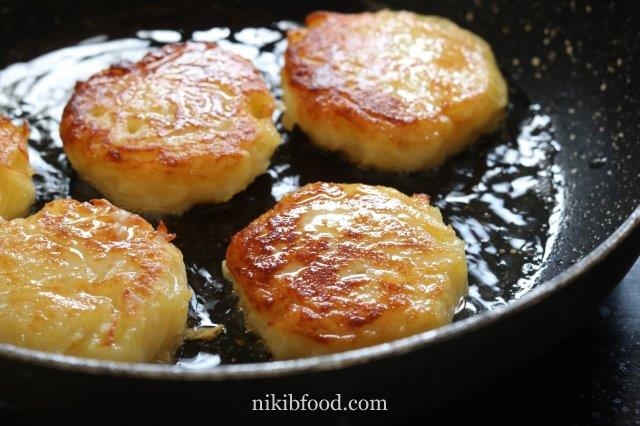 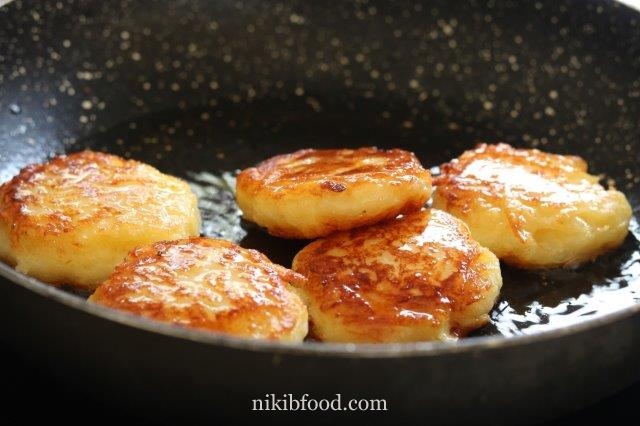 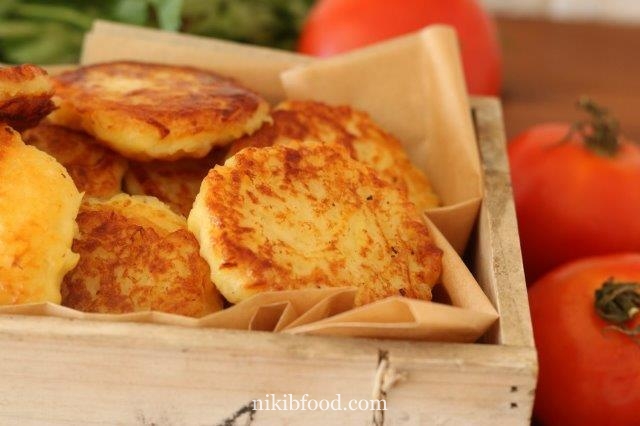