Eggplant is one of my all-time favorite vegetables and I’ve used it in a lot of recipes because it’s so versatile and tasty.
For some reason I’ve never made fritters with eggplant.
I know that eggplant salads and spreads are always a win but I was adamant on making fritters where the eggplant was the star of the show.
I added some other veggies as well because if I was already going the veggie route then I wanted to go all the way and take advantage of the opportunity to sneak in some more vegetables for the kids, even for those who aren’t huge fans.
If you want a tasty and healthy lunch or supper, or even just a fun snack,
go for these eggplant fritters.

2. Peel and slice the eggplant. Grease a sheet of parchment paper and arrange the eggplant slices on it. Spray or brush the slices with oil, season with salt and pepper and bake for 30 minutes.

3. Chop the onion, heat 2 Tbsp of oil in a pan and sauté the onion until golden.

4. Cut the eggplant slices into small cubes, place in a bowl, grate the carrots and potato and add to the bowl with the onion along with the egg, flour ad seasoning.

5. Heat 3 Tbsp of oil in a pan. Form the fritters and flatten slightly and fry in the pan until golden on both sides. Remove and let drain on a plate lined with paper towels.

6. To bake instead of fry: Line a tray with greased parchment paper and nicely arrange the fritters on the paper. Bake for 35-40 minutes at 180°C or until golden. Don’t try and flip the fritters before the time is up. Flip and bake on the other side for 15 minutes or until golden. 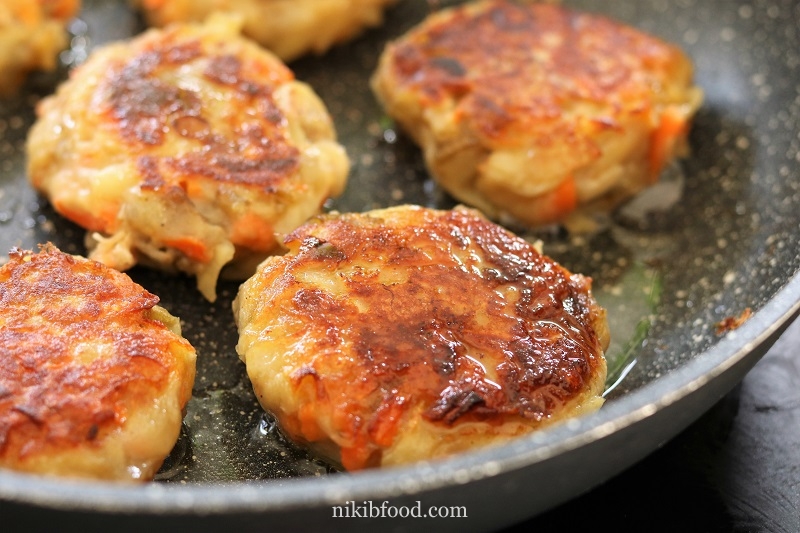 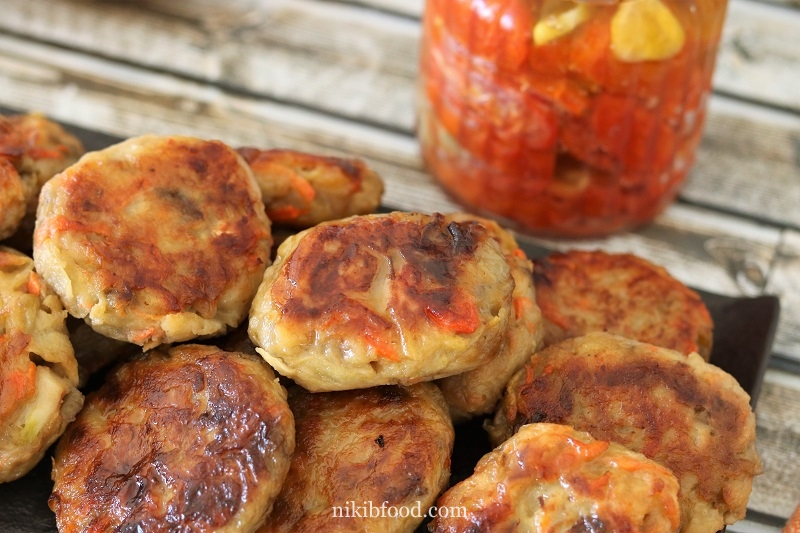