Add to Your Favorites Recipes 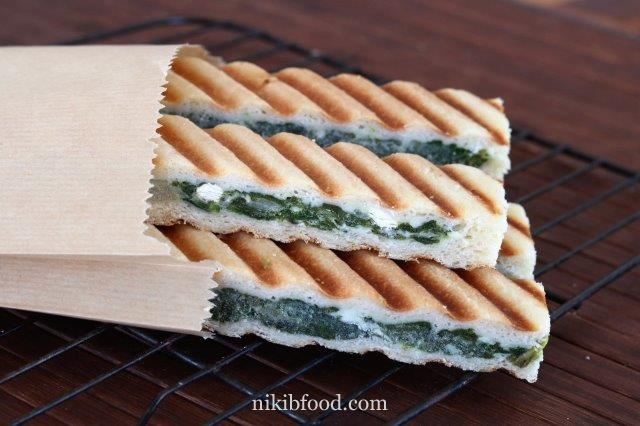 Spinach is one of the greatest things to eat, and it pairs so well with cheese.  Have I already mentioned how much I love yeast dough? I make a lot of food but hands down, my favorite is yeast dough.
I used a wonderful hack to make this pastry. Can you believe it only took 5 minutes to bake? Baking in a panini press is magic! The result is incredible and so easy to prepare. Treat your family to something delicious.

1. Place the flour, yeast, sugar, and salt in the bowl of a mixer, add the other ingredients and mix until you get a soft smooth dough. Let rise for a little over an hour.

2. Divide the dough into two parts and roll each part out into a rectangle. It’s important that the rectangle is slightly smaller than the size of the panini press. Place one rectangle inside the press (do not turn it on) and let rise for around 30 minutes.

3. To prepare the filling: Bring a pot of water to a boil and blanche the spinach for around 10 minutes in the boiling water. Drain, squeeze out the moisture and chop. Chop the onion, put 2-3 Tbsp of oil in a pan and sauté onion until golden.  Grate the cheeses and add to the other ingredients.

4. Place the filling over the dough in the panini press and press down. Leave margins (look at the photos). Beat an egg and brush the margins with it, then place the second rectangle of dough on top and press down on the margins to seal.

5. Turn the panini press on and close it but don’t press down yet. After about a minute, gently press the top down onto the dough. The pastry is ready when it’s golden on top and on the bottom, it takes around five minutes, maybe a little bit longer.

Good to know…
If you use frozen spinach, you don’t need cook it beforehand. It’s really important to squeeze out all the moisture from the spinach. I prefer cooking the spinach the day before and squeezing out the moisture every few hours until I’m ready to use it.
It’s important to leave margins and that the rectangle is exactly the size of the panini surface. The same goes for the filling. Don’t place it over the entire surface of the dough but leave margins. Keep an eye on it while it bakes because every panini press is different, and you don’t want it to burn.
Some liquid seeps out of the dough while it cooks. You can line the panini press with tinfoil so it doesn’t get dirty. It’s important to have a decent toaster that can bake the dough.
If you don’t have a panini press then you can make small dumplings, like thisrecipe. 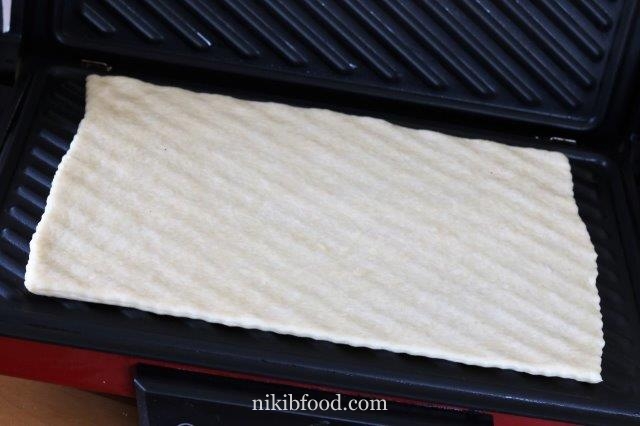 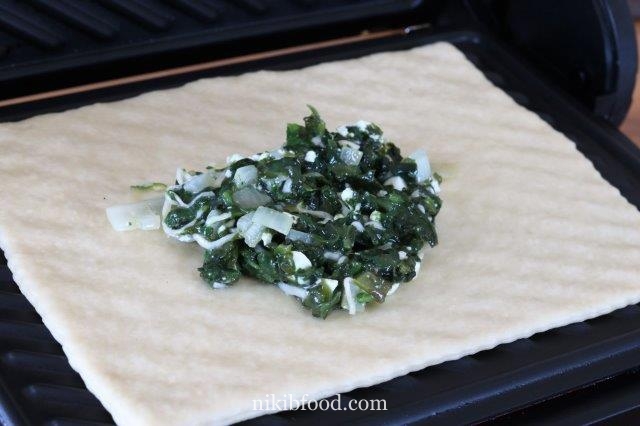 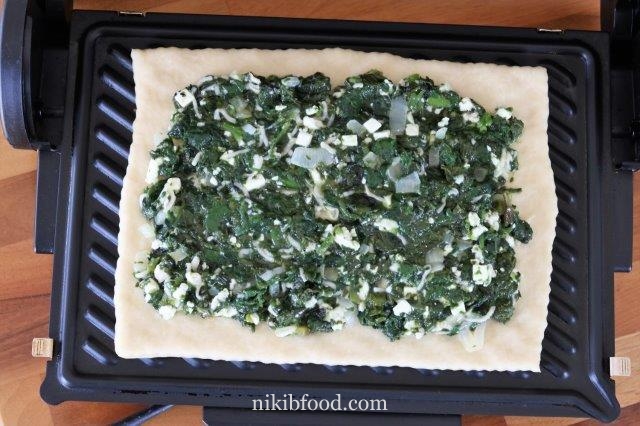 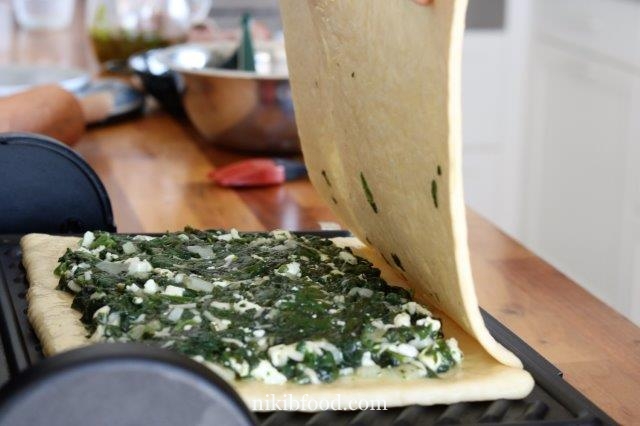 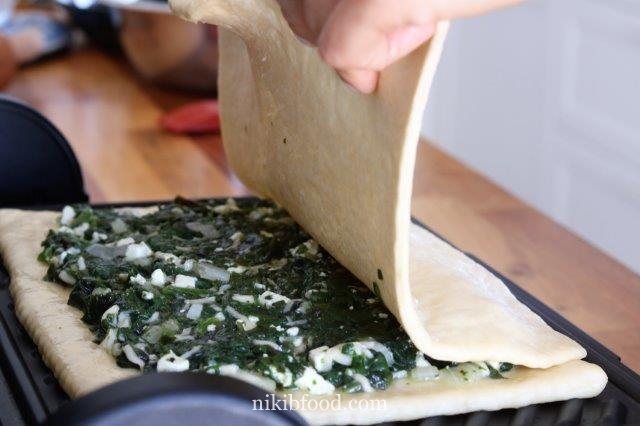 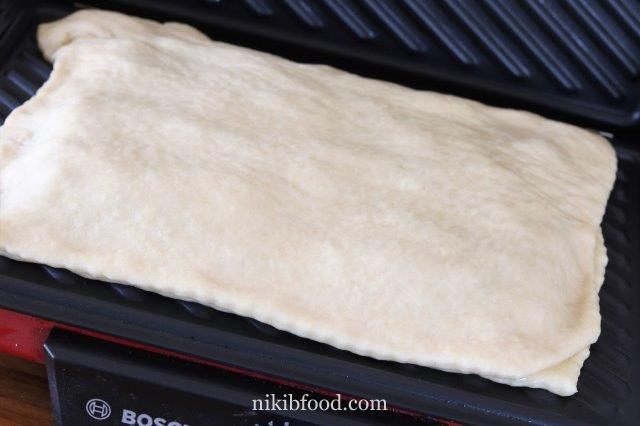 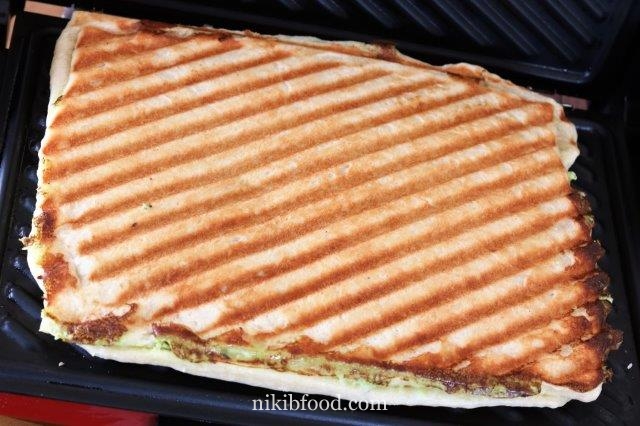 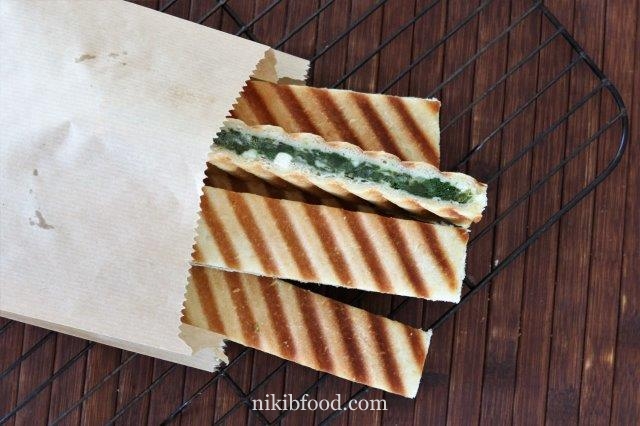 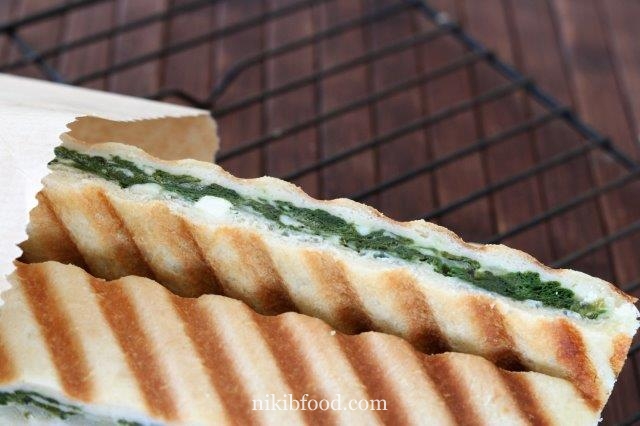 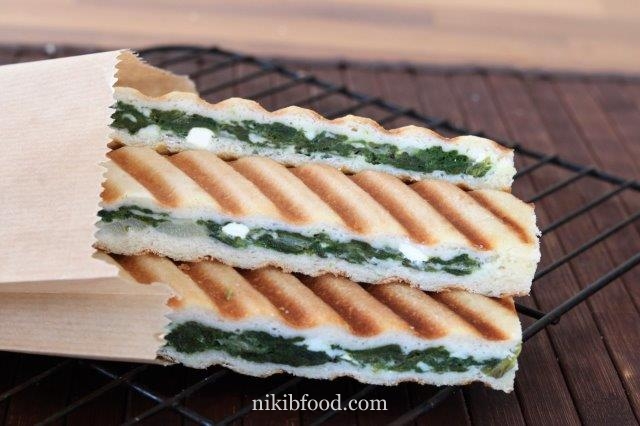